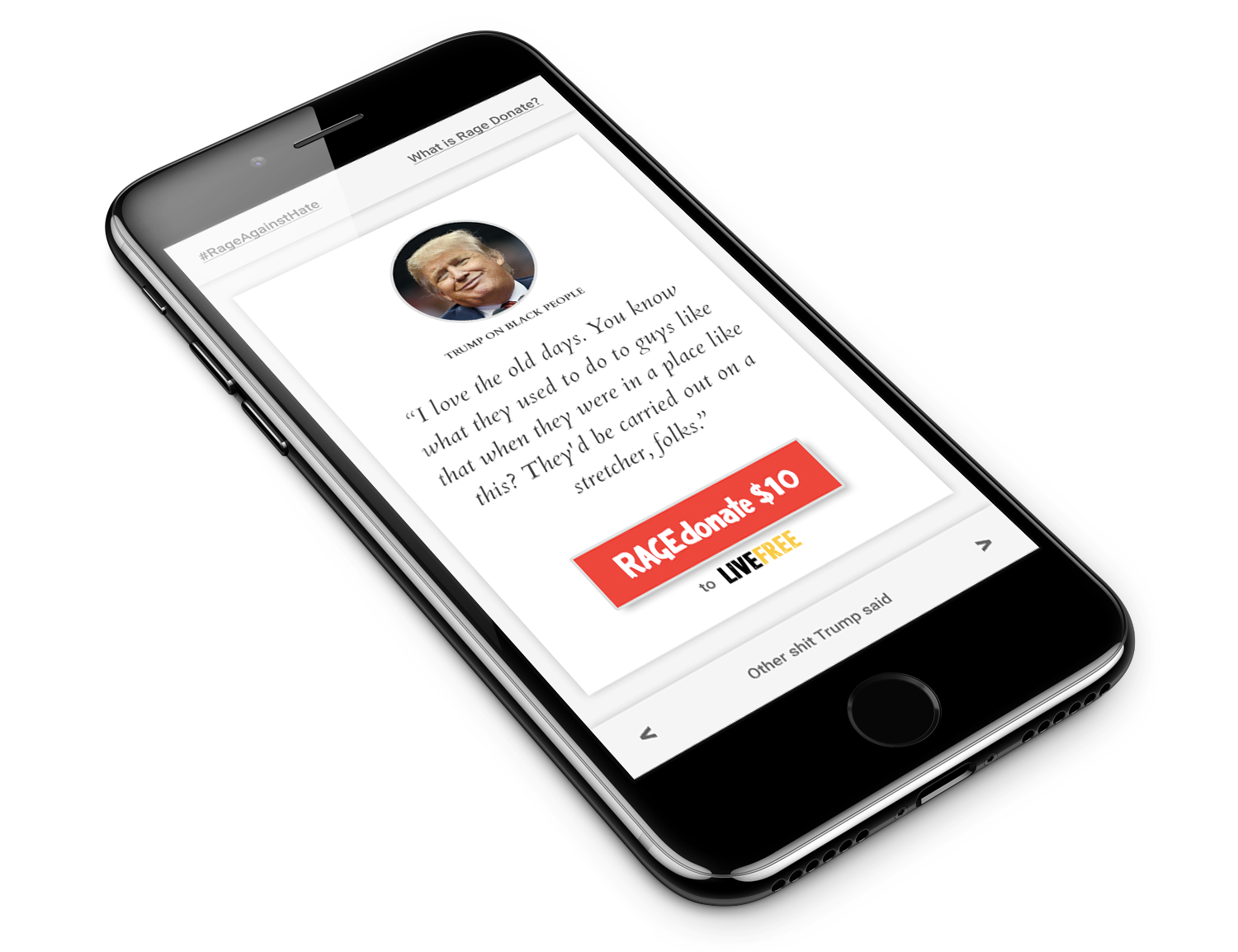 It feels painful when someone in a position of power challenges your belief in decency or equality, or when someone promises to make life difficult for you or the ones you love. For many, the experience can be rage-inducing.

Rage Donate harnesses the power of that anger to enable change. If certain words and actions make your blood boil, push a button and donate to a cause which directly benefits those under threat. With Rage Donate by getting mad you help others get even. 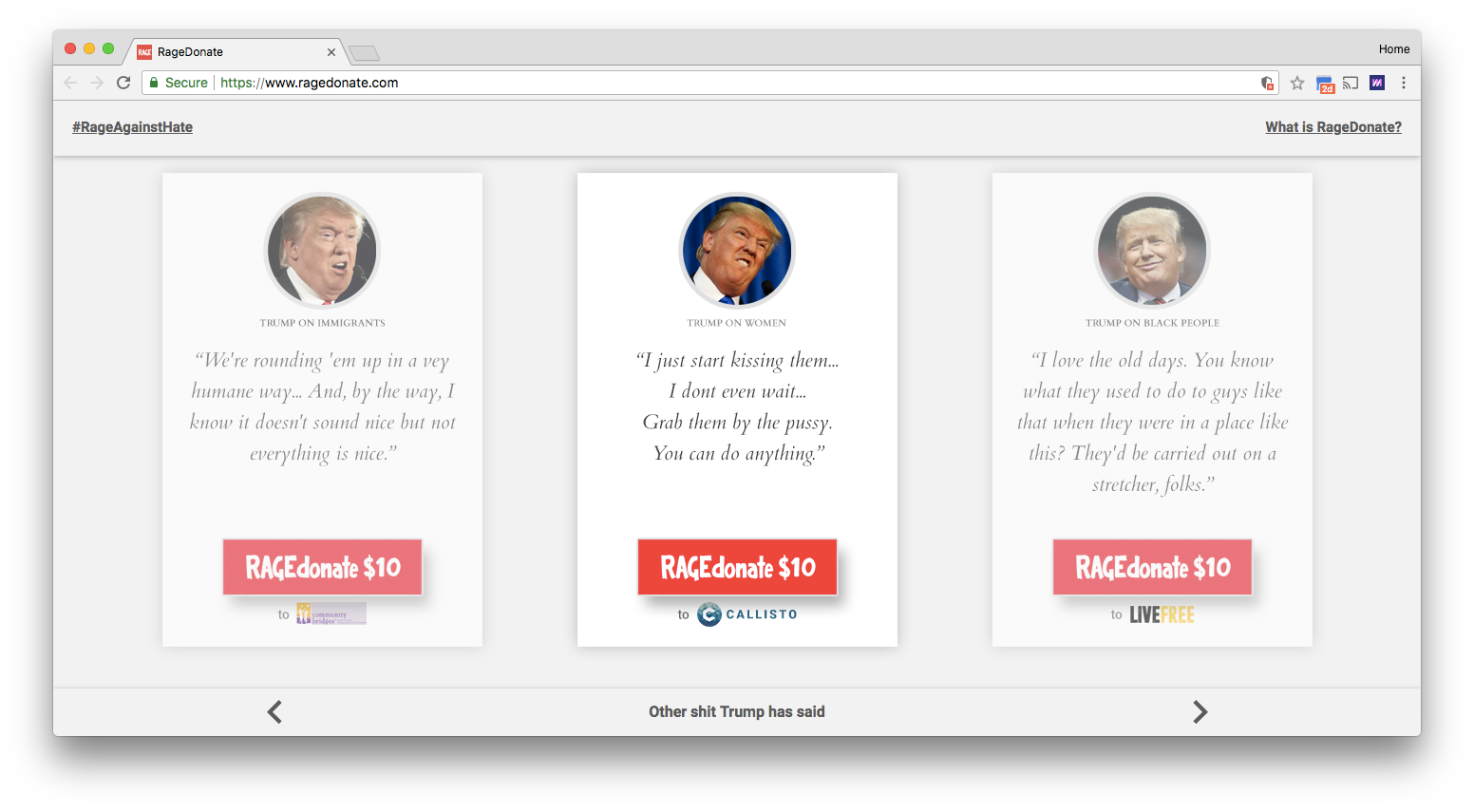 Oliver gathered a team of creative technologists from across the tech world to collaborate on Rage Donate. The site was conceptualised, designed, and rapidly launched in just four days after the 2016 US Presidential Election. In the days after Rage Donate launched it was featured on TechCrunch, Mashable, Boing Boing, Fast Company, and NPR and inspired articles on the trend of 'rage donating' from the BBC and GQ amongst others.

MADE BY OLIVER
GET IN TOUCH: HELLO@MADEBYOLIVER.COM